The Lansing Jaycees were founded in November 1929. The father of the Michigan Jaycees, Bill Otto, helped organize the Lansing chapter and guided it throughout the earliest years of its history. Our chapter began existence with 74 members at one time, and throughout the past 70 years has had as many as 167!

In our first year we sponsored an air show at what became Capital City Airport. More than 10,000 people attended and the chapter raised $800. The money was used to dig a well for the water-cooled aircraft engines of the time and to improve the drainage of the swamp cow pasture that is the site of our airport. That same year we also sponsored the formation of the Lansing Civic Player Guild, Lansing’s oldest theater company. In subsequent years, we helped establish the first Bank Tower, sponsored a scout troop, planted 5,000 petunia buds, helped establish the City Planning Commission, helped clean up the Grand River and establish the Riverfront Park System, started a drug abuse halfway house, renovate the Dodge Mansion, built barns to house animals used in therapy programs at Woldumar and Beekman Center and helped establish funding for handicapped children's education programs in the Lansing Schools. But these are just a fraction of what the Jaycees have done for Lansing.

In 2018 the Lansing Jaycees began operating as JCI Lansing to align with their state, national, and international partners. 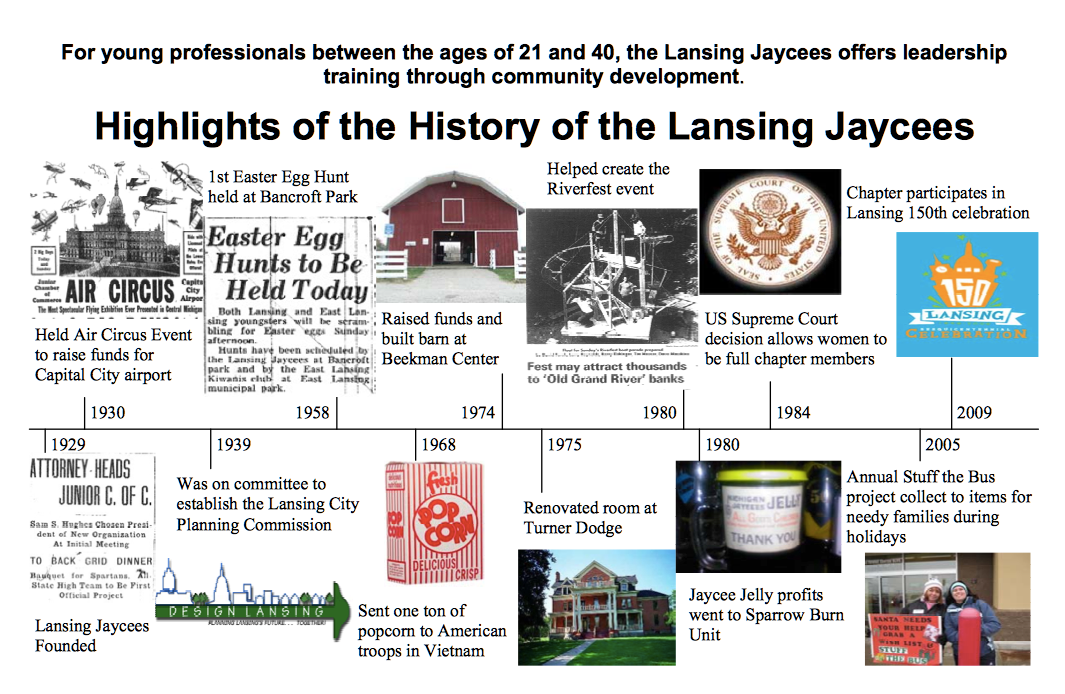